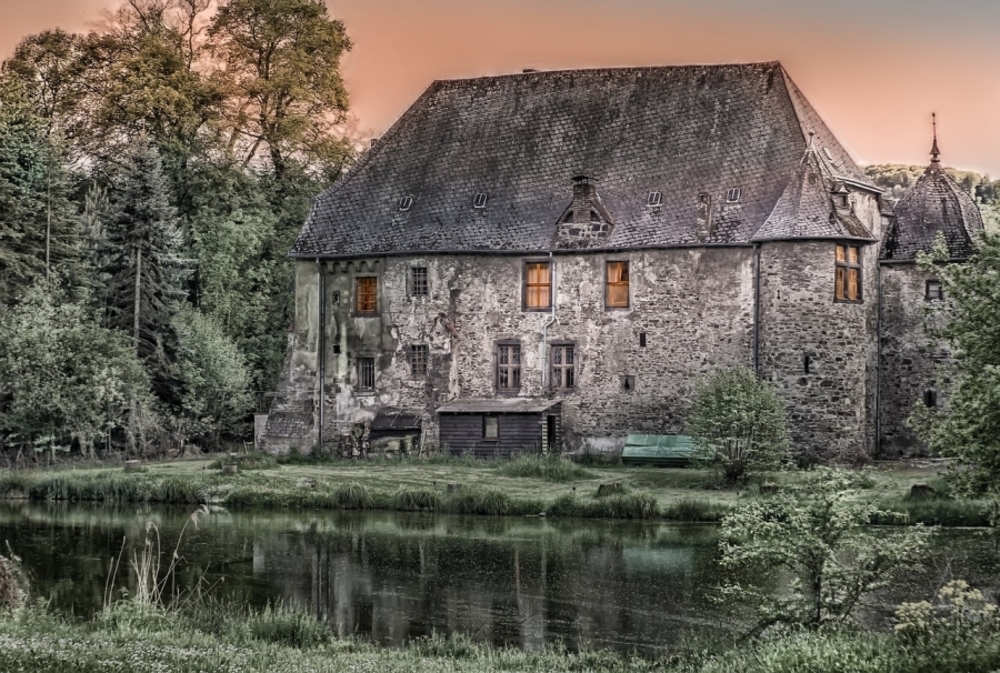 A home as dreamy as they come was just listed for sale. The 1928 Spanish Colonial in L.A.’s celeb-laden Hancock Park neighborhood is the current residence of designer couple Nate Berkus and Jeremiah Brent, who renovated the home they purchased in 2016 from Friends creator Marta Kauffman.

And, while, someone with enough cash to purchase a $13+ million manse presumably has enough cash left over to fix anything that goes awry in the years to come, what about the rest of us? Yes, there’s something exceedingly charming and special about a home built 100 years ago (or more), even if it doesn’t have nearly 9,000 square feet and a houseful of designer details. But could you maintain a home that was constructed according to standards that don’t exist anymore? Is it worth it to even try? What if something happens during a renovation—or just everyday living—and you’re on the hook for a major expense?

It’s important to be aware of the things that can go wrong so you’re prepared for what could be a potentially costly reality check.

Your plumbing may need to be replaced

Unless it’s been totally renovated, an older home likely has outdated plumbing. “These houses often conceal a number of problems behind their fancy crown molding and plaster walls,” said Express Sewer & Drain. “While some of these issues are relatively minor inconveniences, others are ticking time bombs that could cause significant damage. Any home built before the 1990s could potentially feature pipes made from materials that are no longer approved by US building codes.”

They can include lead, which is “highly toxic,” galvanized materials, which are “susceptible to corrosion and breakage; and polybutylene. “Heralded as the ‘pipe of the future’ when it appeared in the 1970s, polybutylene pipe was introduced as a replacement for copper lines and saw widespread use throughout the 1980s,” they said. “Unfortunately, the manufacturer was forced to pay out millions of dollars after a class action lawsuit alleging the pipes were defective. Although the manufacturer never acknowledged a defect, oxidants in public water systems caused a chemical reaction with the plastic, leading it to flake, become brittle, and crack.”

Pipes that have been installed underneath homes, failing viewer lines, outdated fixtures and connections, and poorly done “DIY repairs made by either the homeowner or a handyman rather than a professional plumber” can cause additional problems with plumbing in older homes.

Same goes for your electrical

If you have an older home, you could very well also have major issues with your electrical system. “It takes an experienced professional to properly assess the condition of old wiring and its ability to handle the electrical loads of your home,” said The Spruce. A professional will be looking for a few things in particular:

• Old wiring like knob-and-tube. “Knob-and-tube (K&T) wiring was an early standardized method of electrical wiring in buildings, in common use in North America from about 1880 to the 1940s. The system is considered obsolete and can be a safety hazard, although some of the fear associated with it is undeserved,” said the International Association of Certified Home Inspectors (InterNACHI). “The dangers from this system arise from its age, improper modifications, and situations where building insulation envelops the wires. It is not permitted in any new construction.”
• Ungrounded outlets. Older wiring systems may not be grounded, which may make the home unsafe. This means “there’s no ground to protect appliances and sensitive electronics, leaving them vulnerable to damage from power surges,” said The Spruce.

You may have lead paint

“In 1978, the federal government banned the use of lead-based paint in homes after long-term studies showed that lead causes severe health problems, especially in children under 6, damaging their nervous systems even before birth,” said the Washington Post. “Although lead-based paint is off the market, millions of homes still have it.”

In fact,This Old House says that, “If your house was built before 1978, there’s a 75 percent chance that there’s a layer of lead lurking in the paint.” The good news is that, if you plan to live with the house as is and never change the paint, you’re fine. “As long as the old paint is well adhered, you can keep it safely encapsulated under a latex primer like Peel Bond and well maintained top coat,” they said.

“Preventing paint failure is the best, and cheapest defense against exposure. But, the time will come, inevitably, when that old paint will be disturbed as part of prepping your house for painting.” This Old House outlined the detailed DIY steps to take if you’re planning to paint, but this is one case where you probably want to bring in an expert.

You may also have asbestos

Asbestos is another substance that is commonly found in older homes and one that requires professional abatement because of the dangers the barbed fibers can present. If inhaled, they can potentially lead to a deadly form of cancer. Asbestos in building materials were banned by the EPA in 1989, so if your home was built earlier than that, a test is in order.

“It’s possible to find asbestos in almost any area of a home, and the older a home, the higher the risk that asbestos lurks somewhere. You can’t see or smell asbestos, but exposure to loose fibers can cause lung disease such as mesothelioma, asbestosis or lung cancer,” said Angie’s List. “The naturally occurring, flame-retardant mineral fibers are too small to identify without a microscope, so don’t believe anyone who claims you have asbestos but hasn’t done testing. Inspection and testing costs range from $100 to $750, depending on how many areas you want an inspector to check and how easy it is to collect samples.”

There may be foundation issues

“The foundation on older homes can be cracked, leaning, sunken or otherwise damaged and in need of repair,” said RE/MAX Realtor Bill Gasset on Massachusetts Real Estate Exposure. “Everything else in the house sits on the foundation, which is why foundation issues must be addressed for safety and to keep the home livable. Of course, all foundation problems are not equal. A few settlement cracks may be normal and safe, but you need an inspector to tell you one way or the other. Foundation repair can be expensive, something to keep in mind when you consider the price of the home.”

New Fixtures: The Easy, Affordable Update You’re Not Making to Your Bathroom

8 New Tricks for Keeping Mosquitos Away